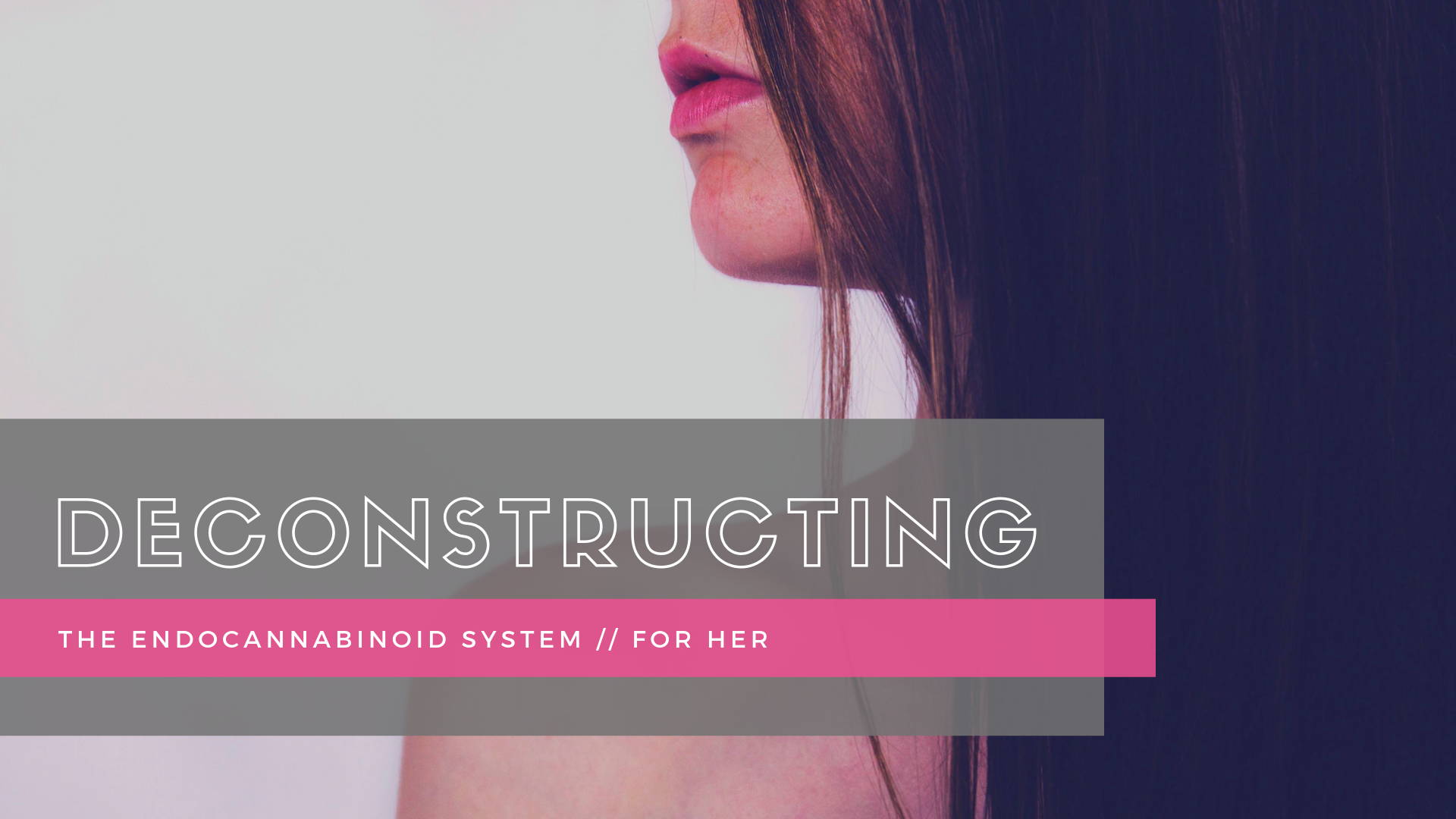 TRUE STORY: WE DIDN’T DISCOVER THE ENDOCANNABINOID SYSTEM UNTIL WE BEGAN TO RESEARCH THE WAYS CANNABIS INTERACTS WITH THE BODY.

While we know that people were using cannabinoids for medicinal purposes for centuries, we didn’t begin to uncover or understand how or why they worked until the mid-1990s. The journey toward discovery began in 1895, when three researchers were able to isolate and identify cannabinol (CBN), a plant-derived cannabinoid known for its anticonvulsant and anti-inflammatory properties. Four decades later, its structure was finally mapped. Then, a few years later in 1940, cannabidiol (CBD) was identified.

Skip ahead 23 years. The chemical structure of CBD was identified. A portal was opened and a year later, in 1964, THC was isolated and identified. The ability to isolate these cannabinoids was the first stepping stone that would lead to the discovery of the endocannabinoid system. Twenty-four more years later, the first cannabinoid receptor was found in the brain of a rat. Scientists said, “jackpot” and began using a synthetic form of THC to treat severe nausea and wasting syndrome to begin mapping CB receptors in the brain. They discovered the receptors were located primarily in the regions responsible for mental and physiological processing, including memory, higher cognition, motor coordination and emotions. This discovery unlocked the idea that cannabinoids played a larger part in our physiology than was expected, and that we must produce our own cannabinoids (soon to be termed endocannabinoids).

In 1990, scientists at the National Institute of Mental Health pinpointed the DNA sequence that defined the THC-sensitive receptors in the rat’s brain. Then they cloned the sequence. This would soon be known as the CB1 receptor and in 1993, the second receptor was found. Dubbed CB2, this receptor was widely seen in the gut, spleen, liver, heart, kidneys, blood vessels, lymph cells and reproductive organs (remember that info about the bliss molecule in our uteruses?). Anandamide was the first, naturally occurring cannabinoid found in the body. Named after the Sanskrit word for bliss, anadamide is one of only two endocannabinoids (cannabinoids produced by the body) known to date. The second is the less-romantically termed 2-AG. There is evidence of a third endocannabinoid, but we have yet to pinpoint it.

All of this was discovered without giving the body’s system a real name. So, due to the role cannabis played in discovering the system, the plant was given homage through the name endocannabinoid system.

SO WHAT EXACTLY IS IT?

It’s a whole thing. It’s made of several interlocking mechanisms, including: Enzymes responsible for creating and destroying cannabinoids, cannabinoids (endogenous/endocannabinoids and exogenous/cannabinoids) and cannabinoid receptors.

As a system, the combined components regulate body processes and functions. Endocannabinoids and cannabinoids interact with the receptor sites to help the body achieve homeostasis, or balance. 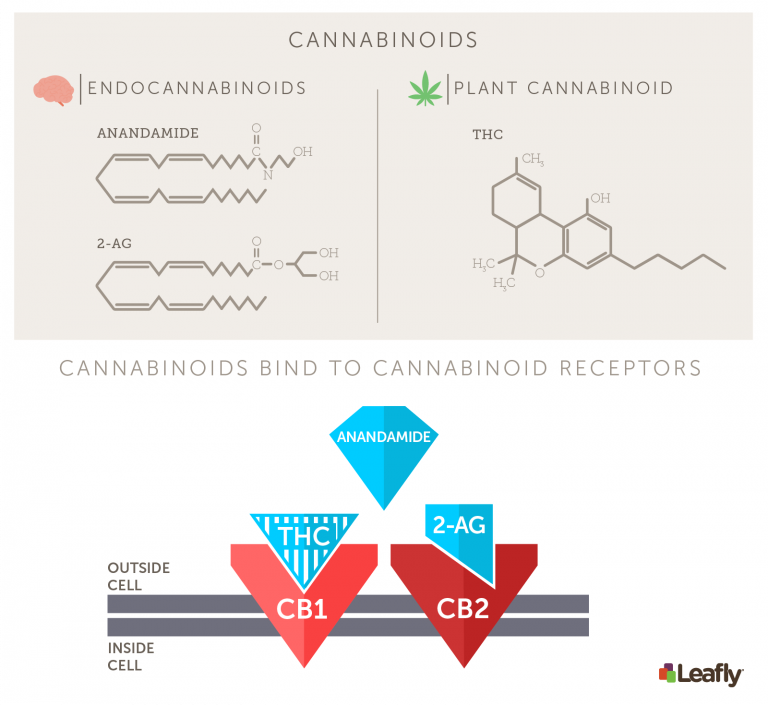 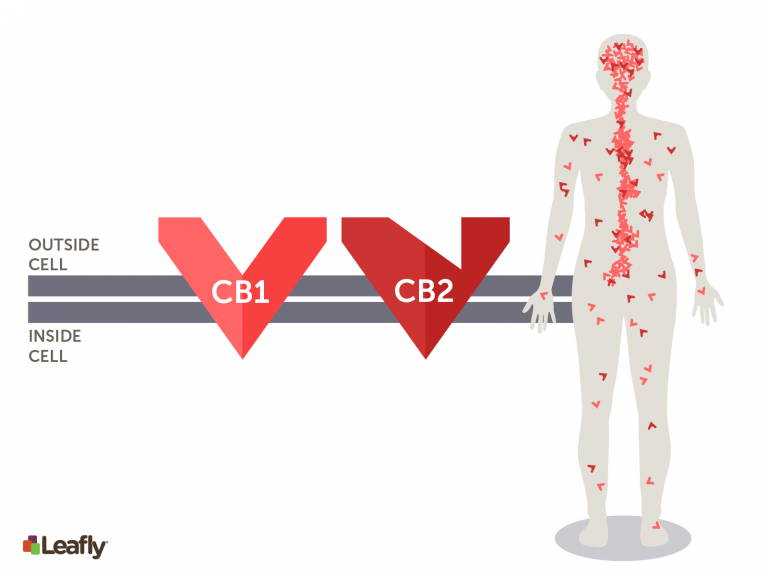 WHAT DOES IT DO?

Research indicates that the ECS works to regulate the body’s immune and central nervous systems to ensure they are running with balance.

Your body produces endocannabinoids in order to trigger essential body functions and patterns. There is a theory out there that a lack in cannabinoid levels may be the underlying cause of numerous medical conditions, including chronic pain or fibromyalgia.

When the ECS performs in harmony, it regulates all the basic functions and patterns of our body including appetite, immune function, inflammation, memory, metabolism, mood, pain and sleep. It also manages neuroprotection and development as well as reproduction and digestion.

Cannabis seeds, stalks and flowers produce phytocannabinoids, such as CBD, THC, CBG, etc. These cannabinoids interact with the ECS to produce a myriad of effects. When consumed in whole-plant form, the cannabinoids work in conjunction with each other and the body’s ECS to produce different results that may include relaxation, pain cessation, seizure control, neuroplasticity and neuro-regeneration, just to name a few.

While the endocannabinoid system is linked to so many processes related to the brain, nervous system and reproductive organs, it has been shown to not affect the regions of the brain that control heart and lung function. This is one of the main reasons that fatal overdoses of cannabinoids do not occur.

Obviously, research continues and we are constantly learning more about the body’s ECS and the roles external cannabinoids can play in the supplementation and rebalancing of the body’s cannabinoid levels. More and more, the prevalence of medicinal cannabis and other cannabinoid-based medicines increases, thanks to the ever-widening truths of the therapeutic effects of supplementing the body’s ECs.

Have a question about the endocannabinoid system + your body? Email us. We'll be happy to help!