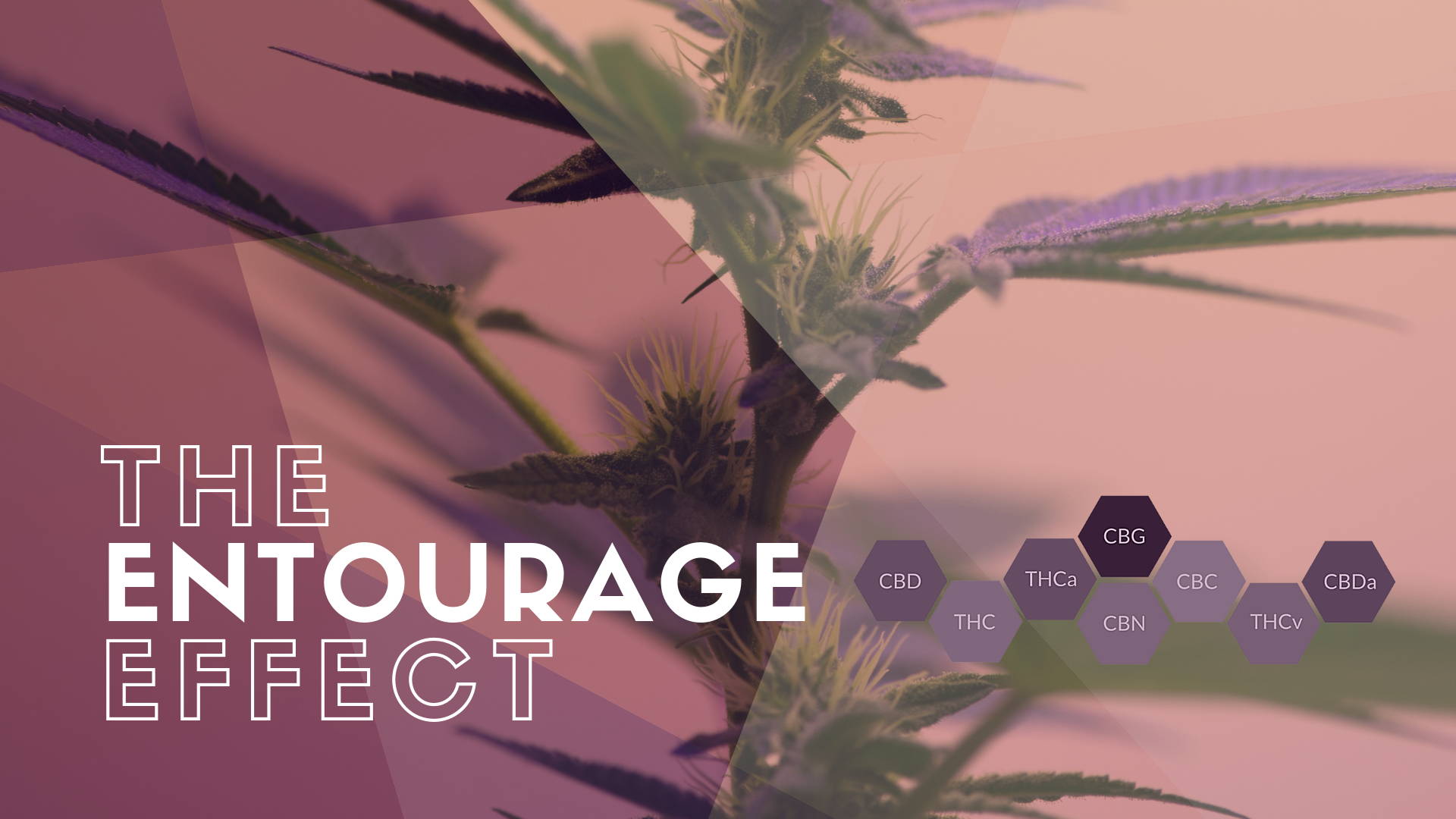 It feels powerful, fun and full of possibility. Think about you and your crew. Each of you have your own cards to bring to the table, right? Right. But what about when you all actually get to the table? You all actually become the royal flush.

Same concept here, except with cannabis. Welcome to your actual example for ‘more than the sum of its parts.’ The Entourage Effect is the greater medicinal value offered through whole plant consumption.

START FROM THE BEGINNING PLEASE

The Entourage Effect [the result]is the greater medicinal value [includes more benefits]offered through whole plant consumption [when the plant’s compounds remain together].

The cannabis plant includes several handfuls of cannabinoids and terpenes. Maybe you haven’t done this lately, but at some point in your life you’ve probably looked closely at a cannabis flower. Remember that uniquely beautiful coating of crystal resin that dusted the bloom? That dusting contained hundreds of therapeutic compounds known as cannabinoids and terpenoids. We know you’re familiar with THC and CBD, and the major terps can be found here – but there are more than those – and together, they produce fine-tuned medicinal benefits.

Are you still saying hm? Here’s another relational concept for you. A full orchestra is composed of a multitude of instruments, each beautiful in its own right and perfectly able to stand alone in sonata. But when each instrument plays alongside its counterparts, they harmonize to deliver the full symphony.

Cannabis contains over 113 cannabinoids, over 200 terpenes and hundreds of other chemical compounds. The entourage effect can begin to be seen within cannabis’ two main components – CBD and THC. CBD is known to mellow the effects of THC, limiting the ‘high’ and reducing the paranoia and anxiety that may accompany the psychoactive cannabinoid. 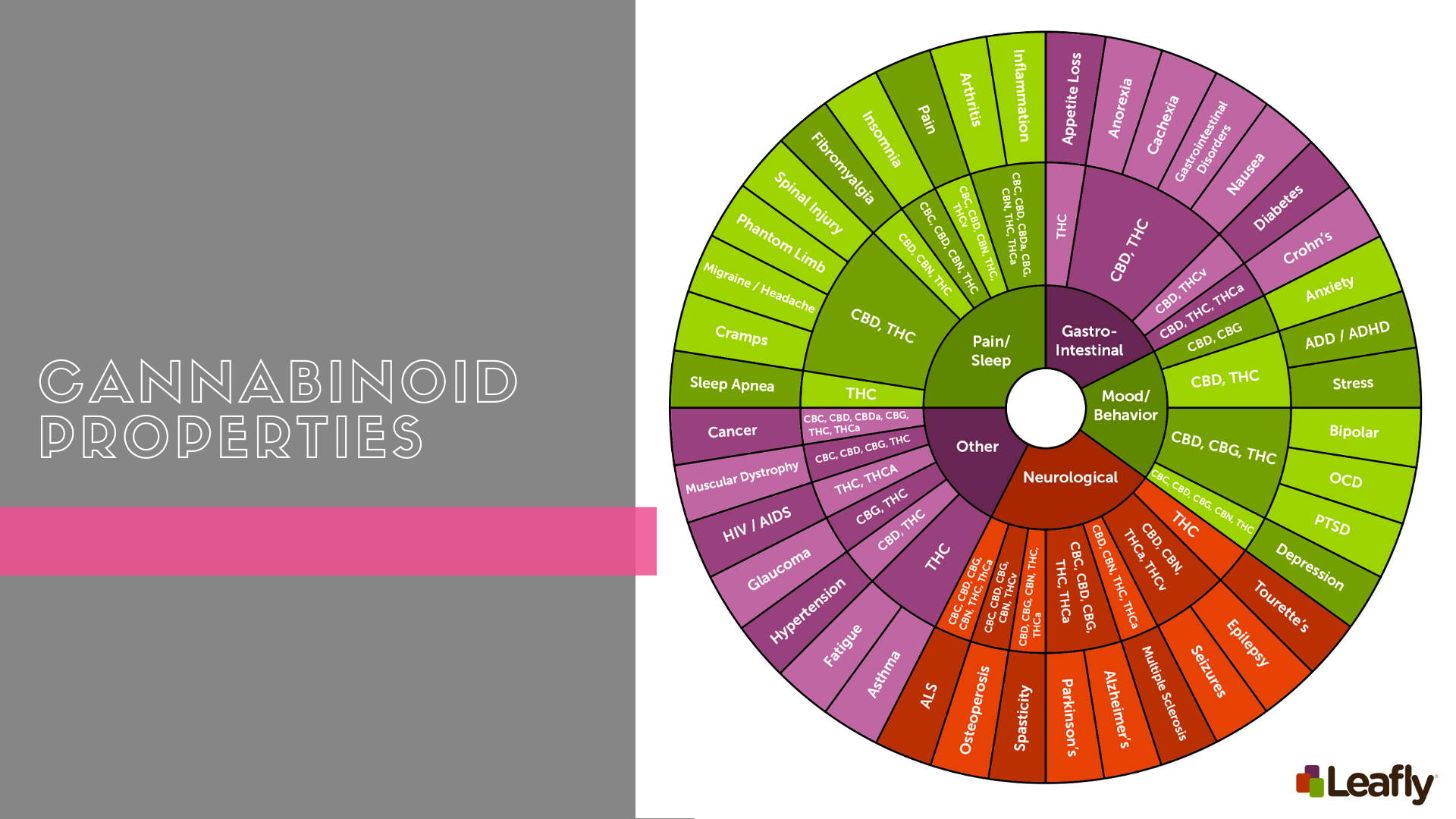 CBD has this power because it changes the way THC reacts with its receptors in the body. CBD binds to different sites on cannabinoid receptors and modifies how responsive they become to THC. This happens with other cannabinoids as well, including CBN, CBG, and CBC.

So. Whole-plant is used interchangeably with full-spectrum when describing cannabis products. As we have learned, individual elements of the plant help each other be the best they can be.

Like we said, the entourage effect doesn’t just include the cannabinoids present. The terpenes, even in small amounts, act as aromatherapeutic agents of change.

For example, mycrene (cardamom) is known to reduce resistance in the blood-brain barrier, meaning other chemicals can reach target areas easier. Pinene (pine) helps counteract cognition and memory decline caused by THC. These two terps, when combined with caryophyllene (clove), are known to soothe anxiety. Linalool (floral) and limonene (lemon, citrus), paired with the cannabinoid CBD, is being examined for its use in treating acne. 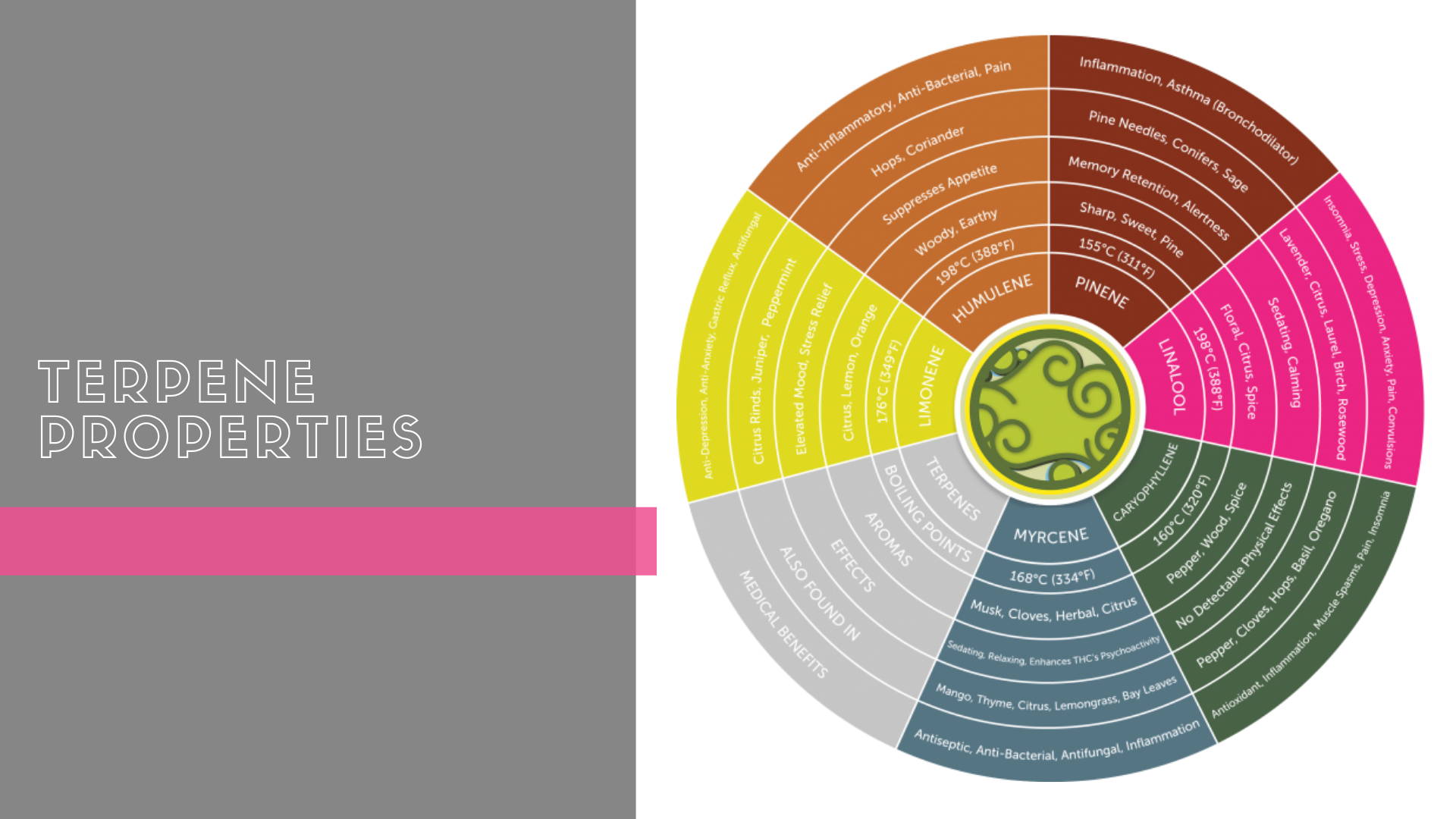 Further, the two terpenes, when combined with CBG, are showing promise in the treatment of MRSA. And these are obviously only a few examples of the powerful benefits offered through combination therapy.

This concept also helps us understand why different strains produce different effects for people. As we know, cannabis comes in a few different flavors. Different strains have incredibly different chemical profiles that cause different experiences in the same person. Increases in one cannabinoid and decreases in another terpene can create calms, euphorias, energy and even anxiety. Each strain of cannabis contains a unique sequence of cannabinoids and terpenes which act together to produce the plant’s specific effects.

THE ENTOURAGE EFFECT + YOU

Word is out that full-spectrum or whole plant options are the way to go when it comes to cannabis consumption, psychoactive or not.

THC and CBD products in full-spectrum extracts are proving to be more beneficial than single isolates. So if you’re looking for an oil, look for one like ours that contains mutually beneficial cannabinoid compounds rather than just the one and lonely. And if you’re looking for a strain to suit your specific needs, know that there is a reason why one works best for you: different situations require different entourages.

Research is continuing to produce more information about the roles other cannabinoids and terpenes play when it comes to their synergistic effects on one another. And there is hope that eventually, this research and knowledge will help doctors and patients find cannabis strands that produce the best benefits for their specific needs.

Have a question about the entourage effect? Email us. We'll be happy to help!